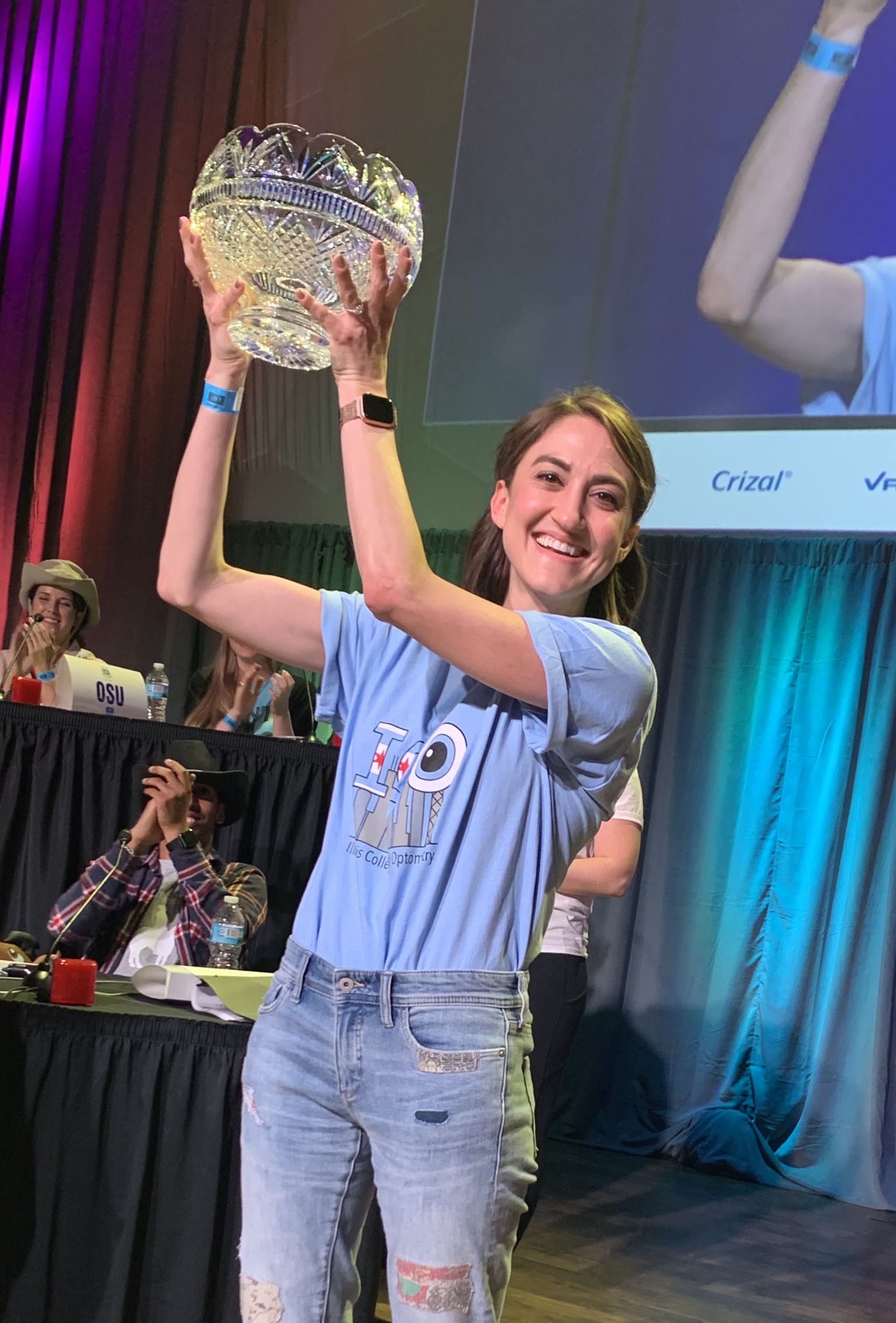 Nora Kuby, representing the Illinois College of Optometry, took home top honors in front of more than 850 students and practitioners

DALLAS – June 21, 2019 –Essilor of America once again pulled out all the stops to host the 28th annual AOSA Optometry Student Bowl™ (OSB) held at Optometry’s Meeting in St. Louis, MO.

This year, for the first time in its history, the OSB was held offsite at The Pageant, an iconic concert hall in the heart of Delmar Loop. More than 850 attendees gathered to watch the contestants. Students from 25 schools and colleges of optometry answered optometry-related questions while their classmates energetically cheered them on wearing war paint, school colors and displaying brightly colored banners.

“Essilor is invested in the future of our industry and we are continuously looking for ways to create value for optometry students. We’re honored to host the AOSA Optometry Student Bowl again, and we’ve enjoyed how the excitement for this event has grown more and more every year” says Dr. Ryan Parker, director of professional education at Essilor of America, “I’m looking forward to working with this upcoming generation of eyecare professionals. I know these bright minds will take the eyecare industry by storm.”

For more information and to see some of the excitement from this year’s AOSA Optometry Student Bowl powered by Essilor, please visit ecpu.com/optometry or twitter.com/EssilorPro.

About Essilor of America, Inc.

Essilor, the leading manufacturer of optical lenses in the United States, is driven by the company's mission of improving lives by improving sight. A pioneer in the development and production of ophthalmic lenses, Essilor employs more than 10,000 people throughout North America. Essilor manufactures optical lenses under the VARILUX® , CRIZAL® , TRANSITIONS ® , XPERIO UV™ , EYEZEN™ and other Essilor brand names. Essilor Laboratories of America, Inc. is the largest and most trusted optical lab network in the U.S. and offers a wide choice of products and services to eyecare professionals across the nation. Essilor of America, Inc. (Essilor) is a subsidiary of Paris-based Essilor International